In a lot of ways, Destiny: Rise of Iron is more of the same. When it does the Destiny formula well, it’s polished with challenging combat and plenty for a veteran Guardian to do. A lot of the time, though, it falls into the same trap Destiny’s always been susceptible to and turns into a seemingly endless, repetitive grind. It often feels empty, even with a challenging and satisfying raid dangling as a big incentive.

The new two-or-so-hour campaign is emblematic of how Rise of Iron as a whole stacks up. It definitely brings more of what I already like about Destiny, like taking on waves of spongy enemies in a series of fights that are all about your positioning in the area, but it does little to improve upon Destiny’s strengths or fix its problems. The difficulty mostly comes from a mysterious, virus-like nanotechnology called SIVA enhancing the power of the Fallen, which obviously makes them harder to kill. The campaign relies heavily on the buffed Fallen to be challenging rather than doing anything we haven’t seen from Destiny before. 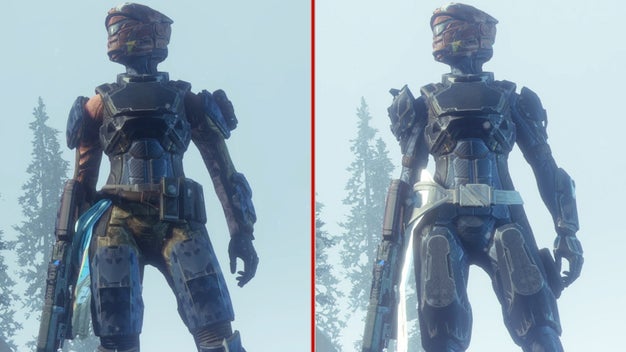 Destiny: Rise of Iron Graphics Comparison: PS4 vs. Xbox One

You kill a wave of Fallen, move to another room, and kill another wave of Fallen. Destiny’s combat remains as fun as it’s ever been, but that’s the problem: it’s pretty much exactly the same in Rise of Iron, which raises the question of why this expansion exists at all. Enemies are all just reskins of existing ones — even the first mini-boss is a buffed-up version of Year One boss Sepiks Prime. I’ve done all of it before.

But, to its credit, the environments are familiar in a much more interesting way. Most of Rise of Iron’s new content takes place on Earth in areas we’ve already seen, but now that SIVA’s literal tendrils cover the land there are new and clever places to take cover that make it feel fresh (or as fresh as a neurotechnology-infested ruin in what used to be Russia can possibly be). In a shooter that focuses on how you use your environment to survive a horde, an update to existing areas goes a long way.

I’ve done all of it before.

The new zone, Plaguelands, is a SIVA-infested expansion on the familiar Cosmodrome and complements the reimagined areas well, which makes it a compelling area to explore. It’s a bit of an homage to Year One Destiny while still being a totally new location, and that makes fighting reskinned enemies a bit more interesting than it is elsewhere in the campaign.

Tale as Old as Time

The story itself unfolds more clearly than most in Destiny, which was refreshing, though it’s not a terribly good story in general. It’s a lot to cover — the truth of what happened to the once-immortal Iron Lords and how the Fallen found SIVA in the first place — but Rise of Iron does it succinctly. The letdown is that without any original twist or surprises, it falls a bit flat by the end. The story of heroes who sacrifice themselves for the greater good can be exciting if done well, but Rise of Iron’s retelling is a simple and uninspired version of it. 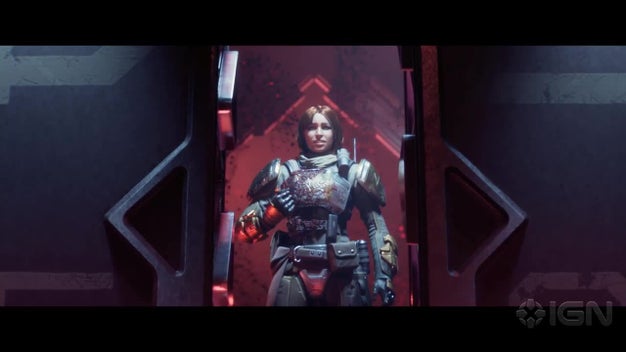 Destiny: Rise of Iron The Movie (All Cutscenes)

It’s also a little short, and a lot of that is due to how combat in the campaign fails to match the scale of the threat portrayed by the plot. SIVA seems far too easily subdued considering how much it’s built up as an apocalyptic problem. Of course, like with other storylines in Destiny, you’re not supposed to totally eliminate the threat or there’d be no point in doing all the side quests and grinding against those new enemies. But the big reveal and subsequent (really fun) boss fight happen too close together, almost as if something was cut out. One mission, we’re just trying to get more information about SIVA, and the next we’re suddenly facing the baddies head on. Rise of Iron definitely didn’t need to be nearly as long as The Taken King’s eight-hour campaign, but it was strange to go from a few missions of fighting regular waves to a much more intense, strategic boss fight without much of a ramp-up.

Combat in the campaign fails to match the scale of the threat portrayed by the plot.

Luckily, that pacing problem doesn’t take too much away from that fight itself. Up until the end, combat is more about positioning than anything else, and it’s difficult because the waves of SIVA-infused Fallen can quickly overwhelm an area. Those initial missions are fun because I had to move constantly to cheat death, but they’re one-note in that what happens in any one mission is pretty similar to the next. The final fight required me to take what I’d learned about positioning and apply it carefully, and it was the only time during the campaign that I felt like I needed a concrete strategy.

Like in the campaign, the post-story gameplay of Rise of Iron is at its most interesting when bosses are in the mix. The new strike mission is like the final story mission boss fight in that it requires careful, more strategic positioning, and I loved it because it built upon the campaign while being different enough to not feel repetitive. Rise of Iron could’ve used a lot more of that.

Rise of Iron is at its most interesting when bosses are in the mix.

After that, it’s disappointing that there’s little to alleviate the repetition that comes in between finishing most of the new content and doing the raid. Playlists let you play random strikes to get better gear, but I hadn’t leveled up much at all before I’d exhausted them and had to start repeating those same strikes over and over. It definitely kept me and the most hardcore of my friends occupied for a while, but a few powerful new weapons weren’t enough to cure my intense sisyphean frustration. 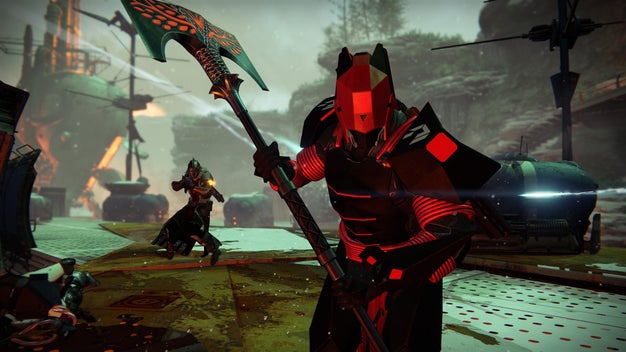 Archon’s Forge, the new Horde-style arena similar to The Taken King’s Court of Oryx, is a good place to experience those satisfying boss fights. But, like with a lot of things in Rise of Iron, the idea is not new — it’s just a slightly altered take on something we’ve already done. While combat holds up well here, too, it’s also not introducing a different or improved way to do the things Destiny’s been doing all along. (The same goes for the new PVP mode, which is similar to Call of Duty’s Kill Confirmed.)

The saving grace is a challenging, satisfying raid that combines greatly increased difficulty with far more intense tactics than anything else in the expansion. Each of the five sections (technically, including two with the same boss) builds on the last, and coordinating an effective strategy is as hard as it is to execute the first time around. It doesn’t reinvent the Destiny raid, but it’s worth the grinding it takes to get there.

Rise of Iron has just enough new content to keep me coming back for a while, but it feels like the bare minimum. When I wasn’t absentmindedly grinding against reskinned enemies until I couldn’t do it anymore, I was falling down the rabbit hole of side quests and trying out new weapons while patrolling the Plaguelands. The satisfying but still not groundbreaking raid is a decent reward at the end. I wish this expansion had focused more on fixing Destiny’s repetition problems, because it has a few good ideas — but with all its pitfalls, this is just Destiny going through the motions.